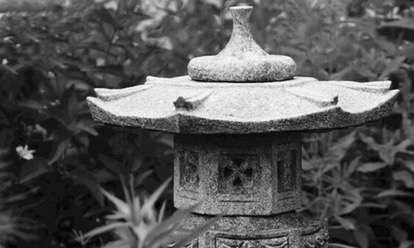 From striving comes wisdom;
from not, wisdom’s end.

conduct yourself
so that wisdom will grow.

– Verse from the Dhammapada.

There is an old Chan and Zen story that goes like this:

The Zen teacher’s dog loved his evening romp with his master. The dog would bound ahead to fetch a stick, then run back, wag his tail, and wait for the next game. On this particular evening, the teacher invited one of his brightest students to join him – a boy so intelligent that he became troubled by the contradictions in Buddhist doctrine.

“You must understand,” said the teacher, “that words are only guideposts. Never let the words or symbols get in the way of truth. Here, I’ll show you.”

With that the teacher called his happy dog.

“Fetch me the moon,” he said to his dog and pointed to the full moon.

“Where is my dog looking?” asked the teacher of the bright pupil.

“He’s looking at your finger.”

“Exactly. Don’t be like my dog. Don’t confuse the pointing finger with the thing that is being pointed at. All our Buddhist words are only guideposts. Every man fights his way through other men’s words to find his own truth.”

The story is based on teachings given by the Buddha to Mahamati, recorded in the Lankavatara Sutta – a Mahayanan text.

In the sutta he tells Mahamati to look beyond the words, beyond the “pointing finger” to the real meaning. I love this teaching because it can be applied to so many aspects of life, including the texts of other religions such as the Bible or Quran which contain so many wonderful teachings on love, generosity, and kindness.

The Buddha sometimes spoke of the “84,000 dhamma gates” which was a metaphor for the innumerable ways to enlightenment. The teaching represents the Buddha’s tolerance for other religions at the time, and an acceptance that Buddhism doesn’t have some sort of monopoly on enlightenment. It’s a reminder that we should be tolerant in this modern age too. If a person is striving towards a religion’s goal and they are a good, moral, and upright person, then this is superb!

I think that people of all religious paths can learn a lot from each other. We are all teachers and all students!

Image of moon courtesy of NASA.

He or she who wants to attain peace should practice being upright, humble, and capable of using loving speech. He or she will know how to live simply and happily, with senses calmed, without being covetous and carried away by the emotions of the majority. Let him or her not do anything that will be disapproved of by the wise.

And this is what he or she contemplates:

“May everyone be happy and safe, and may their hearts be filled with joy.”

“May all living beings live in security and in peace—beings who are frail or strong, tall or short, big or small, visible or not visible, near or faraway, already born, or yet to be born. May all of them dwell in perfect tranquility.”

“Let no one do harm to anyone. Let no one put the life of anyone in danger. Let no one, out of anger or ill will, wish anyone any harm.”

“Just as a mother loves and protects her only child at the risk of her own life, we should cultivate boundless love to offer to all living beings in the entire cosmos. We should let our boundless love pervade the whole universe, above, below, and across. Our love will know no obstacles. Our heart will be absolutely free from hatred and enmity. Whether standing or walking, sitting or lying, as long as we are awake, we should maintain this mindfulness of love in our own heart. This is the noblest way of living.

“Free from wrong views, greed, and sensual desires, living in beauty and realizing Perfect Understanding, those who practice boundless love will certainly transcend birth and death.”

Breathing in,
I see myself as a flower.
I am the freshness  of a dewdrop.
Breathing out,
my eyes have become flowers.
Please look at me.
I am looking with the eyes of love

Breathing in,
I am a mountain,
imperturbable,
still,
alive,
vigorous.
Breathing out,
I feel solid.
The waves of emotion can never carry me away.

Ryokan devoted his life to the study of Zen. One day he heard that his nephew, despite the admonitions of relatives, was spending his money on a courtesan. Inasmuch as the nephew had taken Ryokan’s place in managing the family estate and the property was in danger of being dissipated, the relatives asked Ryokan to do something about it.

Ryokan had to travel a long way to visit his nephew, whom he had not seen for many years. The nephew seemed pleased to meet his uncle again and invited him to remain overnight.
All night Ryokan sat in meditation. As he was departing in the morning he said to the young man:

“I must be getting old, my hand shakes so. Will you help me tie the string of my straw sandal?”

The nephew helped him willingly.

“Thank you,” finished Ryokan, “you see, a man becomes older and feebler day by day. Take good care of yourself.”

Then Ryokan left, never mentioning a word about the courtesan or the complaints of the relatives. But, from that morning on, the dissipations of the nephew ended.

This is the last of a three-part post about the lessons given to Rāhula, Buddha’s son.

At this point Rāhula is now in his twenties. He has devoted his life to Buddhist training and was known to enjoy his practice very much. His father now saw that he was close to enlightenment and decides to give him a push in the right direction.

Here is the story:

Buddha was staying near a place called Sāvatthī. Whilst meditating, the following thought arose in his mind:

“Mature are in Rāhula those qualities that bring deliverance to maturity. Should I not now give further guidance to Rāhula, for the extinction of the corruptions?”

Having robed himself in the forenoon, the Buddha took his bowl and robe, and entered Sāvatthī for alms. Having completed his alms round he returned and ate. After the meal he addressed the venerable Rāhula:

“Take your mat, Rāhula. We shall go to the Andha Grove, and spend the day there.”

“Yes, Lord,” replied Rāhula. He took his mat and followed close behind his father.

Having entered the Andha Grove they sat down at the foot of a certain tree.

The Buddha asked Rāhula: “What do you think, Rāhula; is the eye permanent or impermanent?”

“Is that which is impermanent, painful or pleasant”?

“It is painful Lord.”

“Is it justifiable, then, to think, of that which is impermanent, pain-laden and subject to change—’This is mine;” this I am; this is my self’ ?”

“What do you think, Rāhula, are forms (visual objects) permanent or impermanent?”

“Is that which is impermanent, painful or pleasant?”

“Is it justifiable, then, to think, of that which is impermanent, pain-laden and subject to change—’This is mine; this I am; this is my self ‘?”

Rāhula answer each one in turn.

“He gets disenchanted by the ear and sounds, nose and smells, tongue and tastes, body and tangibles, mind and ideas, gets disenchanted for the corresponding types of consciousness and contact, and for that which arises conditioned by that contact, namely all that belongs to feeling, perception, mental formations and consciousness.”

“In him who gets disenchanted, Rāhula, passion fades out.”

“With the fading out of passion he is liberated.”

“Thus liberated, the knowledge arises in him: ‘Liberated am I, birth is exhausted, fulfilled is the Holy Life, done what should be done, and nothing further remains after this’. Thus he knows.”

Glad at heart, the venerable Rāhula rejoiced in the words of the Blessed One.

During this lesson the mind of the venerable Rāhula was freed from the corruptions – clinging no more. 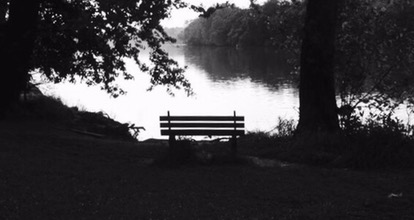 A King, named Pasenadi Kosala, went to visit the Buddha. He bowed down to the Buddha and sat to one side, as was customary. Just then a number of wandering spiritual ascetics walked past. Seeing them, the King knelt and saluted them.

He sat back to one side of the Buddha and asked:

“Blessed One, would you say that those men are on the path to wisdom?”

“Your Majesty, as a laymen enjoying sensual pleasures, living crowded with wives and children, using expensive fabrics and sandalwood, wearing garlands, scents, and creams, handling gold and silver: it is hard for you to know whether these are wise men or on the path to wisdom.

“It’s through trading with a person that his purity may be known..

“It’s through discussion that a person’s discernment may be known.”

The King praised the Buddha’s response and then revealed:

“These men are my spies, my scouts, returning after going out through the countryside in disguise. They go out first, and then I go. Now, when they have scrubbed off the dirt and mud, are well-bathed and well-perfumed, have trimmed their hair and beards, and have put on white clothes, they will go back to their normal lives of money and sensuality. ”

The King had tested the Buddha, but the Buddha’s wisdom had prevented him from making quick judgements and being fooled.

“Not by appearance
is a man rightly known,
nor should trust be based
on a quick glance,
— for, disguised as well-restrained,
the unrestrained go through this world.
A counterfeit earring made of clay,
a bronze coin coated in gold:
They go about in this world
hidden all around:
impure inside,
beautiful out.”

– This is a story from the Pali Buddhist texts, specifically the Paṭisalla Sutta.

If there’s a gap between the actual and the ideal; focus on the actual. That’s where the practice is.

– Atiśa, founder of the Kadam School.

This is not my usual type of post. Today I’m posting this fairly well known ‘quote’:

Believe nothing, no matter who said it, not even if I said it, if it doesn’t fit in with your own reason and common sense.

But the reason I’ve put ‘quote’ in inverted commas like that is because this is not something that the Buddha is recorded to have ever said.

The quote is a heavily paraphrased variation of something said in the Kalama Sutta:

“So in this case, Kalamas, don’t go by reports, by legends, by traditions, by scripture, by logical deduction, by inference, by analogies, by agreement through pondering views, by probability, or by the thought, ‘This contemplative is our teacher.'”

The first one, the misquote, is dangerous if you intend to follow the middle path because it can be used by people to justify carving out their own path, picking and choosing from the teachings, and clinging to their own views (maybe even views trapping the person in samsara – and here lies the danger).

The second, the genuine quote, actually warns against this. “…by logical deduction, by inference, by analogies, by agreement through pondering views, by probability…”

How do we put them to the test? With open minded discernment, with wisdom and right view, ideally with the guidance of a teacher, with an acceptance that your judgement will change and grow over time.